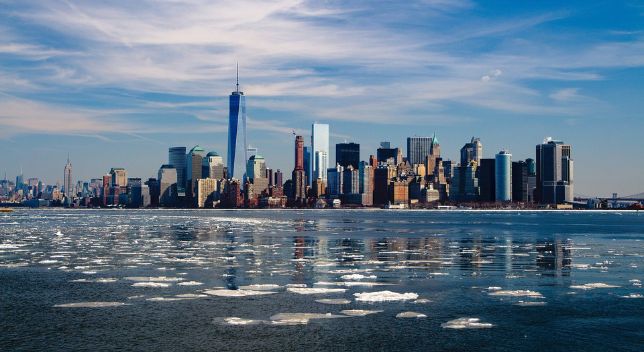 The best places to visit in the US

The best places in the country will provide an incredible experience. In the US, you can have fun at any time of year with endless possibilities. For you to choose the right location, we have made a list with the best travel destinations in the country.

To decide the ideal destination, it is important to define the purpose of the trip, after all it is possible to visit museums, beaches, shop and visit landmarks of great importance to humanity.

In this article, we will show you some of the best places to visit in the US in 2022.

We open the list simply with the Big Apple, the most populous city in the country and which at any time of day is always full of options.

In New York it is possible to hear any language, in addition to the tradition of gigantic buildings, yellow taxis and a pulsating trade.

The most beautiful spots in New York for first-time visitors are: Times Square, Empire State Building, Statue of Liberty, Fifth Avenue, Wall Street and the Museum of Natural History.

About where to stay in New York, we would recommend the Manhattan district. Learn more about traveling to New York. Mundi can take you to New York with luxury and comfort.

Learn more about what to do in NYC.

In second place comes paradise in Hawaiian lands, as it has stunning scenery and also many cool things to do, such as Hookipa, the peak of Windsurfing in Hawaii.

Maui is made up of waterfalls, colorful beaches, whales that can be seen up close, areas of greenery and typical local culture. This is one of the best travel destinations in the country.

When visiting Maui, visit Haleakala Volcano, National Park, Molokini Bay, Lao Valley and Kaanapali Beach. Among the options for where to stay in Hawaii, choose between Lahaina and Kihei.

Then one of the main dreams of tourists from all over the world! Surrounded by the desert and with an intense hustle inside, Vegas was created for tourism.

Therefore, it is always well lit, there is no shortage of places to stay in Las Vegas, as well as options for eating, getting around and having fun.

Among the places in the United States to visit, visit the Bellagio, the MGM Grand, the replica of the Eiffel Tower, the Grand Canyon, Fremont Street, the High Holler and The World of Coca-Cola. Plan ahead and do the Grand Canyon: a multi-stop tour.

And if you chose this destination for your next trip, be sure to read all about where to stay in Las Vegas.

In fourth place I return to Hawaii. This time, with the main island of the state and where the capital Honolulu is located.

Oahu is very touristy, has public transport, a large airport, designer shops, elegant restaurants and huge buildings, but it also mixes with a lot of natural wealth.

Discover amazing sights such as Pearl Harbor, Diamond Head Crater, Hanauma Bay, Kualoa Ranch, Musa from the USS Arizona and Lanikai Beach. Stay in Honolulu or Waikiki. Check out a roadmap in Oahu.

Next, the main destination for tourists from all over the world traveling to the US.

Orlando boasts some of the most magical and exciting parks in the world, as well as great shopping and NBA gaming.

Most likely Walt Disney World will be the reason for your trip, but also visit Universal Orlando Resort, Magic kingdom, Epcot, Ilha das Aventuras, Disney’s Animal Kingdom, and Gatorland. This is definitely one of the main travel destinations worldwide.

In terms of where to stay in Orlando, stay in Laker Nona or Windermere.

Cidade dos Ventos appears in sixth place because it is a delight to visit, with its postcards very close to each other and located in the center, amid the local hustle. Take an unmissable Secret Chicago Food Tour.

When you go to the city, visit the main points of interest in Chicago, which are: Skydeck, Millennium Park, Navy Pier, 360 Chicago, Riverwalk and the Willis Tower skyscraper. When in doubt about where to stay in Chicago, my tip is downtown or in the Beverly neighborhood.

Another fantastic option is San Diego. The city is ideal for those who enjoy fun for the whole family, with several attractions that involve the coastline and local history.

San Diego preserves a lot of what is native to it, both the species of animals, marine beings, nature and culture.

Be sure to visit the USS Midway (warship turned museum), Mission Beach, Hotel del Coronado and Belmont Park. For a good stay, choose hotels in San Diego located between the Gaslamp Quarter and La Jolla.

Further north, there is another city in California that is home to a lot of history, places in the United States that are beautiful and a welcoming people, who respect differences a lot.

San Francisco boasts a symbiosis between beautiful beaches and a very well-developed city. Not to mention that the peculiarity of oriental cuisine is widely consumed here.

Certainly, one of San Francisco’s main postcards is the Golden Gate Bridge, a bridge that is the city’s landmark; beyond it, discover Fisherman’s Wharf, Golden Gate Park, Alcatraz Prison and Baker Beach. And the best place to stay in San Francisco is Downtown or Chinatown. Don’t miss the chance to take an amazing Golden Gate Bay Cruise.

In ninth place, a city founded by the French, situated below sea level. New Orleans was rebuilt after Hurricane Katrina and today boasts all the charm that has always made it famous, in addition to being the owner of the biggest carnival in the United States.

Among the great sights, visit St. Louis Cathedral, Jackson Square, Louis Armstrong Park, the Superdome (a stadium that was a shelter during Katrina) and the Ursuline Convent.

As for neighborhoods, stay in the French Quarter or the Warehouse District.

We arrived at another place that tourists love to visit, after all, Miami Beach has fantastic beaches, incredible parties and one of the main shopping streets in the world, Lincoln Road, ideal for saving money in the USA.

When planning your trip, try to get to know the beaches, as well as Ocean Drive, Jungle Island and Virginia Key. To stay, choose between South Beach and Mid Beach and see the best hotels in Miami.

Another great destination is the most populous and glamorous city in California. Simply the land where Hollywood is. Everything in Los Angeles is linked to the big stars, to entertainment, making it one of the biggest desires of tourists.

As you can see, the US has a great diversity among its main postcards, with options ranging from metropolitan bustle to paradisiacal beaches.

As they are centers with a lot of tourist demand, it is ideal that you book in advance the hotel where you are going to stay and the tours you want to enjoy.