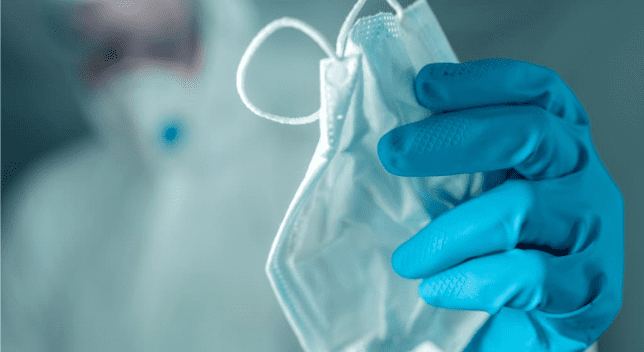 The NFL, along with the United States government protocol, is taking a series of measures to adapt the Super Bowl LV to the new pandemic times.

It is a great challenge to hold the event, and it will not be possible or preferable to encourage large gatherings, a traditional practice for attending major sporting events.

Faced with the pandemic and the increase in cases in America, the NFL has done its homework and has already planned the prevention and maintenance of health protocols in order to prevent the big party from promoting further spread of contagion.

Without losing the sport of bringing moments of joy and hope to the public, the NFL has already announced what measures it will take to fit the Super Bowl within the parameters required by the World Health Organization.

The event organizers have given advance notice to fans who purchase tickets to watch the Super Bowl at Raymond James Stadium, which will not accept physical money.

Banknotes and coins are known to be the most common way of spreading microbes daily. In the pandemic, this contagion factor is even more evident.

By banning the presence of physical money, it becomes much easier to control contamination through the introduction of credit cards or even online payments, without the need for contact by stadium staff.

There is also an innovation that can be an example for other events: reverse ATMs, where fans can introduce physical money and exchange gift cards worth money.

The renovations at Raymond James Stadium coincided with the time of the pandemic. Given this situation, the need for reform has been linked to receiving fans with health parameters so that everyone can have new bathrooms and all possible hygiene equipment.

Aspects such as cleanliness and security at the venue will be mainly noticed when the stadium is released to the general public.

This year, the Super Bowl LV surprises by avoiding crowds and will have its smallest paying audience, with only 20% of its expected total capacity.

League spokesman Brian McCarthy reveals that “the safety of the public, the participants, the players, and employees comes first.”

The host committee will attend Gameday, along with local, health and government authorities. The stadium will be shown by the TV cameras noticeably emptier but safer for everyone.

Even so, all protocols and Super Bowl traditions will be maintained, such as the performance of the national anthem that touches everyone’s hearts.

There will be food service and restrooms available, but all stadium sectors will be visibly monitored for hygiene issues as it is available to the general public. Eating places and bathrooms cannot generate crowding.

Whenever possible, fans will have almost exclusive attention from employees, being served individually.

Social distancing for the Super Bowl 2021

The fans will be divided into small groups with a distance of 6 feet. Even so, masks will be requested in the stands to prevent contagion. As the Raymond James Stadium originally has a capacity of 65 thousand people, it will surprise you with a maximum capacity of 15 thousand paying fans in the stands.

Besides the distance promoted, the available bathrooms still have hygiene products, and alcohol gel dispensers will be available for common use. It will also be recommended that they do not promote queues for the use of toilets.

Role of teams and players

The social responsibility of all those involved is essential not only for ethics in the face of the global tragedy but also for each one’s firm role in commercial relations and social networks.

As was the case with Laurent Duvernay-Tardif, the athlete and doctor who is a Right guard from Kansas City. Between his two professions, Laurent decided that at that time, medicine needed his services and decided to work on the front line of fighting Covid-19. Therefore, he abdicated from participating in the Super Bowl LV 2021 edition.

The commercial brands that traditionally invest in the event decided not to abandon the boat and, on the contrary, took advantage of this moment when people are more at home further to consolidate their presence in the field and on TV.

Even with fans’ lesser physical presence, the quarantine has made TV an aid in difficult times. Thus, as the vast majority of people will be indoors, TV’s focus will be increasingly massive.

The sponsors decided to return their advertising campaigns to this public at home, with their eyes glued to the screen waiting for the expected Super Bowl, consuming at home the products offered by the advertisements surrounding the match.

The NFL decided to invite health professionals to participate in the event to promote the vaccination campaign. These invited professionals have already been vaccinated, and the league intends to honor them in the field for their work and dedication during the pandemic.

This tribute will also serve as a stimulus for people to continue to use masks and gel alcohol to prevent the disease since vaccination campaigns are just beginning, and it is not safe for the general public to face crowds.

The act aims to encourage vaccination, as it is certain that a large portion of the population still mistrusts vaccines’ safety and demonstrated resistance to vaccination countless times.

With this act, the NFL wants to prevent anti-vaccine movements from forming in favor of a hypothetical normal life where the return of agglomerations would be promoted.

Mundi Limos cars are cleaned and disinfected daily, undergoing a strict inspection on the inside and upholstery. The professionals also undergo an inspection where they have their temperatures checked and offer protective equipment, masks, alcohol gel, and protective barriers between the passenger and the driver. Feel safe by hiring Mundi Limos services.