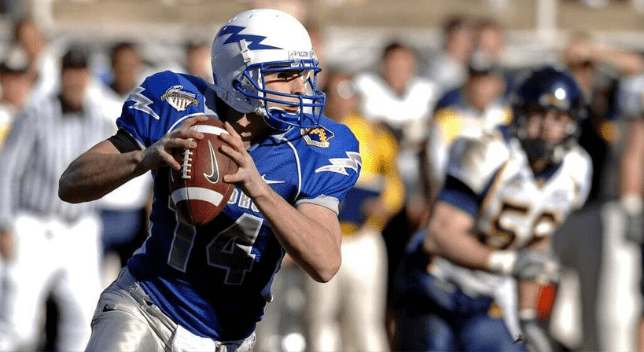 The Super Bowl is the most-watched sporting event in the United States.

It is the last game of the NFL (National Football League Championship) and is disputed in the advertising market. For Americans, watching this decision game’s broadcast has become a sporting tradition, as the event is a great spectacle.

The final game is an excellent opportunity for the business market, as it is considered the most expensive media of the year on American television for worldwide broadcast, so it attracts large sponsor contracts during the deciding game’s break.

The food sector is the most profitable in advertising, as the consuming public response is immediate. It may be when food brands related to this event are most sold.

How the Super Bowl became this major event

The Super Bowl is the coming together of two major leagues in one last major game, so it has become a great sports celebration party.

The audience took on a national – and even worldwide – dimension when celebrating the big game. At first, the leagues were called NFC and AFC – National Football League and the American Football League.

The game gained the status of “the Big One.”

The suggested name, Super Bowl, referred to an American toy possessed by the AFL president Lamar Hunt’s daughter: it was called Super Ball. It took the Bowl format for inspiration from the Bowl Game, a series of post-season college games.

The two leagues together formed the AFL-NFL Championship Game.

Following the calendar, the football game season begins in September and runs until late January or early February of the following year.

The AFL and the NFL are no longer called league. Currently, they are called conferences.

The 6 best teams compete for what in traditional football would be the quarterfinals, here called playoffs.

Once each conference’s champion is defined, the Super Bowl takes place as the two champions’ great game.

Much more than a simple protocol, the American national anthem’s execution is a moment of great pride and emotion. Symbol of patriotic pride, singing the hymn is a praiseworthy and highly-anticipated tradition. Americans from all over the country gather at the holy hour before starting the match, and it is quite common to see people sharing tears until the last verse.

In Super Bowl 2020, Demi Lovato shone by singing the national anthem. The moment marked the singer’s history, as it also represented her return to the singing career in style.

Super Bowl and the Halftime Show

The promotion of the artists who will sing at the halftime show is a separate attraction. Fans place their bets eager to see their idol sing.

Famous names such as Madonna, Bruce Springsteen, and big-name bands such as The Rolling Stones have already performed at the Super Bowl. Halftime is a great space for sponsors, such as Pepsi that names the artists’ stage – Pepsi Super Bowl Halftime Show.

Watching the Super Bowl took on proportions of a big holiday. It is a motivation to gather friends in more intimate meetings or bars to celebrate drinking and eating together.

The consumer market for food products and gifts related to the event profits a lot.

Thus, the television advertising space for the Super Bowl is considered one of the most expensive in the world. To give you an idea, just a 30-second ad can cost around 5 million dollars.

Generally, this space is already reserved well in advance by large companies, such as Amazon, Microsoft, and Budweiser.

The film industry also profits from this advertising space, with plans to launch trailers for the main films to be premiered.

Many influential people take the opportunity to appear and stand out in the Super Bowl game.

Some are major football fans, but most appear to sell their image and stand out on social networks. Many even reach Twitter’s top trends for a while as the most sought-after subjects or get millions of likes on their Instagram photos.

For example, Tom Brady is the famous quarterback who made his career playing for the Patriots and now continues to stand out for the Buccaneers. He also inevitably appears on social networks as top model Gisele Bündchen’s husband.

In addition to the traditional cup trophy, the Vince Lombardi Trophy, each player on the winning team also wins the famous ring made by Tiffany & Co.: The Super Bowl Ring.

In pure silver, the trophy is exclusively handmade every year. It is worth around 25 thousand dollars and belongs to the winning team, but each player’s ring can reach the same value as the cup itself.

The main Super Bowl stars train hard for more than 3 hours before the match starts.

Their image as celebrities is worth a lot to the advertising market, influencer brands, and social networks that use their personalities and achievements in the Super Bowl.

Personal life is as explored as the talent of each one.

Tom Brady, a leading star, quarterback of the Tampa Bay Buccaneers, is married to Brazilian top model Gisele Büdchen, one of the world’s highest-paid models.

A simple rumor of separation or betrayal is enough to move all the social media around them and the brand value of the products that sponsor the player.

In the last Super Bowl, Tom Brady took advantage of his career peak to “scare” the media, causing an uproar on the internet: in an advertising ploy, he hinted that it was time to retire, with a photo of him entering a tunnel.

However, the prank was nothing more than a publicity stunt for the Super Bowl itself, and it deceived even major broadcasters such as Fox, NBC, and ESPN.

Another great talent that has stood out this season is Patrick Mahomes, the Kansas City Chiefs quarterback, drawing attention for being one of the youngest in the league. Mahomes is already being considered a genius in the field, with the potential for a brilliant and long-lasting career.

Are you attending the Super Bowl? Hire an exclusive luxury car service and enjoy the experience!