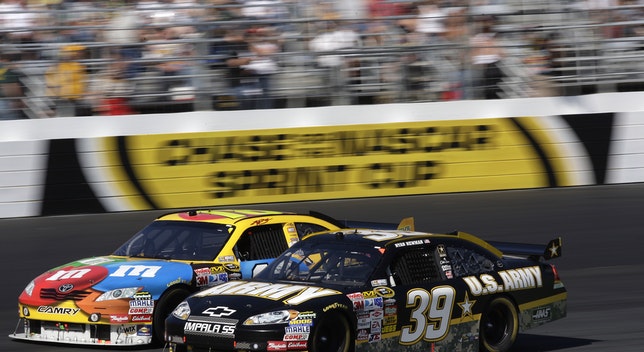 The Daytona is the iconic 500-mile Nascar Cup series season-opener which is about the corner. It annually happens at the Daytona International Speedway in Daytona Beach, Florida. It’s the race where a single victory is life-changing and defining on the pilots’ life. Life seems more meaningful over here. It’s a life experience for both the drivers and fans alike.

In fact, everyone wants to be here and witness the Daytona 500, in person, enjoying such an iconic race. Fans from all over the world are heading to take part in this prestigious event. It’s taking place from February 15- 20, 2022 in Daytona Beach. If you’re one of those who loves feeling the energy, excitement, and power of it this article brings the latest news about it.

The Daytona Speedweeks officially kicks off the NASCAR season with an action-packed racing schedule across several different racing series.  It takes place at the World Center of Racing in Daytona Beach (FL). However, unfortunately, for the ones who haven’t bought the tickets for the 2022 Daytona 500, they’re completely sold out.

The show begins Feb. 14 at 2:30 p.m. ET, Sunday. On-track festivities begin a bit differently on Tuesday, Feb. 15. It’s when the Cup Series cars compete for the first time. The qualifying for the Daytona 500 will be on the front row Wednesday, one day before the Duels qualifying races. The Truck Series season begins Friday and the ARCA and Xfinity Series start Saturday before the 500.

Here you find the Speedweeks schedule not to miss any single minute of the show.

This is the first chance for the NASCAR Cup Series to hit the track with two practice sessions with the Next Gen Car at Unoh Fanzone. After the practice, there will be a special Rodney Atkins show live from the main stage of Unoh Fanzone at 8 p.m.

You cannot miss watching as each rider hits top speeds in the battle to claim pole position for the 64th annual Daytona 500!

Bluegreen Vacations Duel at Daytona splits the field into two races to set the starting lineup for the Daytona 500! You must watch it and see the drivers racing under the lights and fighting for a grid position at the Great American Race!

The NASCAR camping world truck series is one of the craziest and most exciting races that come down to the final laps! An unmissable, adrenaline-fueled race that must be seen live!

The Daytona 500 is a paramount auto race on the Nascar Cup Series calendar held at Daytona International Speedway. The race is the Speedweeks’ final event and is called “The Great American Race” or “Super Bowl of stock car racing” likewise.

Luxury transfer service for the Day

So,  if you’re around Daytona Beach for the race what about hiring a luxury transportation service? Mundi Limos will drive you through traffic. We have the best luxury cars and chauffeurs to serve you and make you feel comfortable, with air conditioning and all the convenience we can offer. Talk to our reservation representatives on the website. Our online chat is available 24/7.