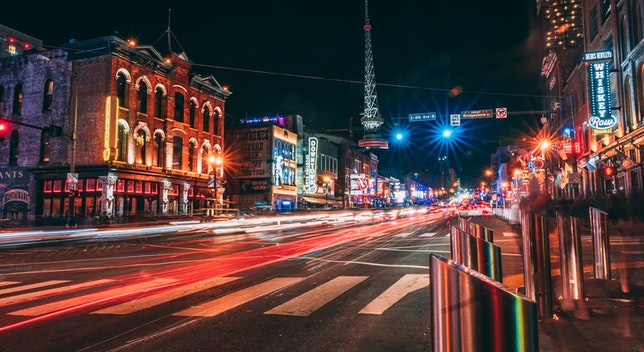 Miami’s Art Deco District is the largest Art Deco architectural cluster in the world. It is made of hundreds of homes, buildings, hotels, museums, and historic structures dating between the 1920s and 1940s. Ocean Drive, between numbers 5 and 15, will provide a great view of the striking Art Deco style in Miami Beach.

The Art Deco Style emerged in 1920. It features straight, geometric, and modern lines. Cubism and Futurism had a heavy influence on the style. In contrast to the movement art nouveau, which preceded it, it brings more modern and synthetic designs. It also brings influences from the Mediterranean revival style (arched windows and terracotta roofs), pastel colors, and tropical.

What is the Art Deco style?

Art Deco is an abbreviation of the French expression Arts Decoratifs, which is an artistic style that emerged in 1920 in Europe. When such style emerged, it did not have this name, which came only in 1925, after the International Exhibition of Modern Decorative and Industrial Arts (Exposition des Arts Decoratifs et Industriels Modernes) held in Paris.

The Art Deco artistic style uses geometric shapes and abstract design. It’s a more synthetic, clean, and pure style. Cultures of ancient civilizations, such as Greece and Egypt also influenced it. The zigzag geometric lines and gilt (gold) paintings are influenced by the designs of the tombs of ancient pharaohs.

The world was undergoing major technological changes, with the use of new materials such as aluminum, glass, stainless steel, among others when the style appeared. These materials also became part of construction and architecture. The new modern style influenced not only architecture at the time, but also vehicles, decorative objects, clothing, paintings, and even jewelry design.

Art Deco in the World

Art Deco became famous right after 1925, with the International Exhibition in Paris. At this first moment, the style was a privilege of the wealthy post-war upper bourgeoisie and, for this reason, the first Art Deco buildings gained noble materials in their designs and details, such as ivory, lacquer, and jade.

In the early 1930s, Art Deco went through a process of massification and became popular. The style used materials like aluminum, glass, stainless steel on a large scale through industrial production. Therefore, Art Deco has a strong connection to the Industrial Revolution, which has a strong influence on the style.

Around 1910, a millionaire called Carl Fisher decided to turn the island, which is today Miami Beach, into a luxury resort. He bought several pieces of land on the site and started the enterprise, which culminated in the height of the Art Deco style in the world. Miami Beach then became a place of rich and famous people and remained so until the 1950s. Many of the buildings and houses started to ruin and were invaded by gangsters. The time inspired the famous series Miami Vice, in the 80s.

It’s a three-day street festival, from Jan 14 – Jan 16. It draws over 400, 00 people. It’s full of music, art, and fun to celebrate the Art Deco era and its heritage. It allows visitors to explore the design, fashion, movies, music, architecture, and history of that period through tons of activities prepared for the weekend. The event includes walks, bicycle and boat tours, outdoor film screenings, fashion shows, lectures, antiques, and classic car parades.

Of course, the best way to explore South Beach’s Art Deco treasures is to visit some buildings of that era and learn about their history and architecture. There are several walking tours for those keen on having a deeper understanding of this theme. The family-friendly atmosphere of the festival has lots of fun for kids as well.

So, what about coming and diving into the Art Deco era together with local enthusiasts during this three-day unique Miami-style soiree. Join thousands of visitors checking out or taking part in the numerous live performances. This is one huge street party and definitely the place to be.

Regarding transportation service, don’t worry about anything while at Miami Art Deco. Mundi Limos will drive you through traffic. We have the best luxury cars and chauffeurs to serve you and make you feel comfortable, with air conditioning and all the convenience we can offer. Talk to our reservation representatives on the website. Our online chat is available 24/7.