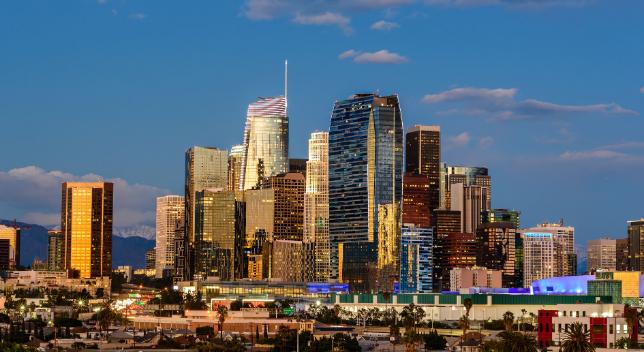 Los Angeles is the promised land of dreamers and adventurers, who go to the metropolis to try their luck. But the magnetism of the second-largest city in the United States, with 4 million inhabitants, goes well beyond this parallel universe called Hollywood. A luxury trip to Los Angeles should definitely be on your bucket list.

With a Mediterranean climate, on the edge of the Pacific, LA embodies the best showcase of Southern California’s airy lifestyle. With its palm-lined streets, beaches as far as the eye can see and urban parks drawn in mountains.

The city is full of personality, tied by endless freeways. Within it are the cities of Los Angeles, Beverly Hills, West Hollywood, Santa Monica, Malibu, among others. Together they form the great LA.

Although the studios have migrated to other parts, the cinema environment remains in Hollywood. The Walk of Fame and the Chinese Theater are located there. Not far, the Sunset Strip brings together concert venues where bands like The Doors and Led Zeppelin have left their mark. Beverly Hills, in turn, is the address of millionaires and celebrities. While Venice Beach and Santa Monica are the best places to enjoy a healthy (and hipster) lifestyle.

If you are going on a luxury trip to Los Angeles, stay for at least a full day to explore each area of ​​Los Angeles. It is also worth staying at two strategic points – one in Santa Monica or Venice Beach, for example, and the other on the Downtown-Hollywood axis.

We are talking about the world capital of moviemaking. So, it makes perfect sense to visit the places where some of your favorite films and series have been produced. One of the best options is the Warner Bros tour in Burbank.

The tour includes a visit to the interactive museum – where you learn interesting facts about the production of a feature film – and a good look at the historical and current studios. One of the highlights is the passage through the set replica of where the last episode of Friends was recorded. For those who do not want to leave Hollywood, a handier alternative is to visit Paramount Studios.

Griffith Park and its surroundings

The 1,740-acre park (five times the size of New York’s Central Park) offers hiking trails, an open-air theater and the Observatory, where there is a bust of James Dean – the place was the scene of Rebel Without a Cause – and one of the best views of the city, including the famous Hollywood sign.

One of the great icons of Los Angeles, the panel was installed in 1923. The letters, which are just over 49 feet long, can be seen from various points in the city. One of the best places to photograph them is Canyon Lake Drive. Book a luxury car service to take you there.

It is here that the wealthy do their shopping, strolling along Rodeo Drive, in which the flagship stores of the main international brands line up. The neighborhood is also home to many celebrities, whose mansions are scattered throughout the residential area, dotted with palm trees. Maps (not always very up to date) with the addresses of celebrities are sold in Hollywood souvenir shops for those who want to explore the hills by car.

Tired of ostentation? Then stop by the magnificent Getty Center, a cultural complex founded by oil magnate Jean Paul Getty on the outskirts of Beverly Hills. Installed in an architectural ensemble of five pavilions designed by the famous architect Richard Meier, the museum has the most beautiful views of the city and the Pacific, from the top of the Santa Monica Mountains, as well as beautiful gardens. The collection includes drawings, manuscripts, furniture, decorative arts, and a good collection of European paintings.

In recent years, this region has undergone several transformations and, today, is an essential part of the Los Angeles tourist circuit, concentrating much of the city’s cultural arsenal. The Broad should be on your list. Opened in 2015, this contemporary art museum occupies a magnificent building (which cost $ 140 million) signed by Diller Scofidio + Renfro. Inside you will find more than 2,000 pieces from the personal collection of philanthropist couple Eli and Edythe Broad. Among the works, there are paintings by Jean-Michel Basquiat, Jeff Koons, Barbara Kruger, among many others.

Practically next to the museum, the Walt Disney Concert Hall shines. Home to the Los Angeles Philharmonic Orchestra (LA Phil), it is one of the most emblematic buildings in the city and one of the most acclaimed works by Canadian architect Frank Gehry (also responsible for the Guggenheim Museum in Bilbao, Spain). The building interior can be explored on an hour-long guided tour. These are great options for your luxury trip to Los Angeles.

Music lovers can’t miss the Grammy Museum, which tells the famous Grammy Awards story (the most important award in the music industry) and hosts several temporary exhibitions. The must-see route closes with the MOCA Museum, which has works by leading artists from the 20th and 21st centuries in its collection, including paintings by Andy Warhol, Mark Rothko and Roy Lichtenstein.

Surfers, yoga practitioners, tourists, Hollywood producers, street artists and many other figures live in peace on these two beaches, which are the best showcases of the Californian lifestyle in Los Angeles.

One of the icons of the region is the Santa Monica Pier. It was built in 1908 and houses an old-fashioned amusement park, an aquarium, shops, restaurants. You also have to visit the Venice Beach Boardwalk, the wooden boardwalk of Venice Beach where jazz bands, acrobats, and many eccentric figures parade.

One of the most emblematic points is the historic Muscle Beach, an outdoor gym where, in the distant past, California actor and former governor Arnold Schwarzenegger sculpted his silhouette.

Ready to go on a luxury trip to LA? Mundi’s limousine service will provide you with an unforgettable travel experience.