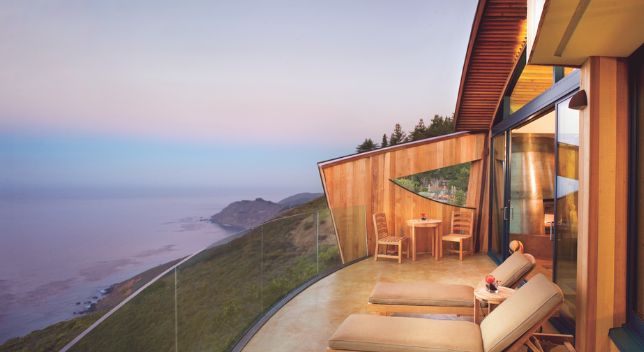 California is a destination with many sophisticated experiences, from haute cuisine to incredible spas. In addition, the state is home to five of the top 15 resorts in the United States, according to Travel + Leisure magazine, which annually conducts the World’s Bests survey with its readers in order to select the best services in various tourism categories. Discover some of the best luxury hotels in California.

The list with the best resorts in the US includes five in California, with an emphasis on the state’s northern wine region, where three of the award-winning hotels are located.

The best resorts in the US

The North Block’s purpose is to be a luxurious home for guests during their stay in the Northern California wine country. And the environment manages to convey this feeling of warmth and luxury. One of the hotel’s services is a spa with an intimate atmosphere that uses only local products for treatments. Yountville, where it is located, is a small town in the Napa Valley region filled with wineries, tasting rooms, restaurants, and boutiques.

Set on 45 hectares of landscaped gardens and olive trees, Rancho Valencia is a Mediterranean-inspired property and one of the most award-winning five-star resorts in the country. In 2013, it underwent a $30 million renovation, when it received a new bar and restaurant, as well as improvements to the spa and fitness center.

One of the highlights of Meadowood is the fact that its restaurant, called The Restaurant at Meadowood, has been awarded 3 Michelin stars. In addition, the hotel, reminiscent of a country club in style, offers incredible spa, tennis and golf services.

One of the most luxurious hotels in the already upscale Big Sur region, the Post Ranch Inn‘s secret is its architecture that perfectly fits the Pacific Ocean hillside landscape. There are 40 accommodations, including tree houses, plus a deck which is suspended above the ocean. Rates already include yoga classes and guided stargazing tours, as the idea is to reconnect with nature, the rooms do not have televisions.

The Vintage House presents itself as a sensual, sophisticated and elegant hotel, also in the city of Yountville. As well as the North Block, this property proposes to offer rustic elegance combined with modern sophistication to its guests. There are 80 accommodations including rooms with fireplaces, lofts, and bungalows.

San Francisco has a very good 5-star hotel network that are close to the city‘s main attractions. Here are our tips for the best 5-star hotels in the city of San Francisco. And, don’t worry, they are all incredibly luxurious and go to great lengths to please the most demanding guests.

Our first tip is the wonderful Four Seasons Hotel San Francisco. For those who already know the chain, you know that staying in one of its hotels is a guarantee of luxury and quality. Located in the heart of downtown San Francisco, next to Union Square and close to the San Francisco Museum of Modern Art, the Four Seasons hotel is the perfect place to stay if you want to be close to San Francisco’s nightlife, as the area has a large number of restaurants and designer stores. The Four Seasons hotel has in its infrastructure a swimming pool, Spa and sauna.

The Ritz-Carlton Hotel in San Francisco

Our second tip for 5-star hotels in San Francisco is The Ritz-Carlton hotel in downtown San Francisco. Considered one of the best and most famous hotels in San Francisco, The Ritz-Carlton values, mainly, the quality service and comfort of its guests. Also present in several countries, this network is one of the most sought after by tourists visiting the city. Located a few meters from the beautiful Grace Cathedral and Union Square, this hotel has a gym, spa, restaurant, bar/lounge, parking and souvenir shop for the best enjoyment of its guests. This is one of the best luxury hotels in California.

One of the most popular 5-star hotels in San Francisco is the Mandarin Oriental. It is located in downtown San Francisco, right next to the Wells Fargo History Museum and numerous restaurants. The cool thing about this hotel is that it has an excellent infrastructure, especially the terrace, which has a restaurant overlooking the entire city. Mandarin Oriental San Francisco has 158 rooms with Victorian design, free Wi-Fi, minibar, TV and DVD. On the premises there are some shops, Spa, gym, bar/lounge and restaurant.

The Fairmont in San Francisco

Are you going to stay in one of these luxury hotels in California? Book Mundi’s limousine service to enhance your experience.