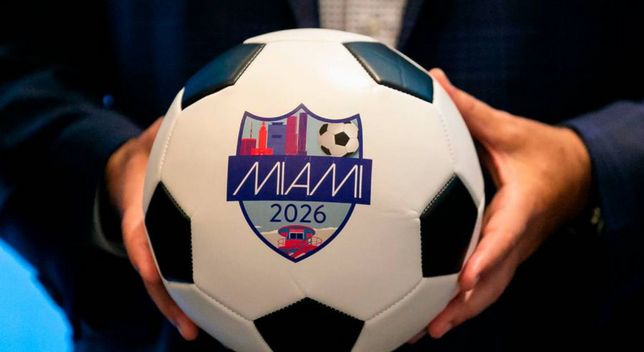 Miami is one of the World Cup 2026 host cities. The Cup will be held in cities across the US, Canada and Mexico, and the city in Florida was one of 16 US locations set to host matches. Find out more about the World Cup 2026 in Miami.

Hard Rock Stadium will host up to six matches. One of the most modern stadiums in the world is home to the Miami Dolphins in the NFL and has hosted top-level sporting events, including six Super Bowls, the Miami Open tennis tournament and the Miami Grand Prix Formula 1.

The stadium is well known among international football fans. It was built to FIFA specifications and has hosted several international matches over the years.

The schedule has not yet been finalized, but the matches will take place on June 20 and July 26, 2026. There will be 48 countries that will qualify for the World Cup.

Miami is a global destination. People want to visit the city to enjoy its beautiful beaches, incredible museums and attractions, diverse and multicultural restaurants and neighborhoods.

One of the reasons Hard Rock Stadium was chosen is that it has hosted high-level international matches in the past, plus locals are passionate about the sport and follow clubs from countries around the world.

Another important consideration is ease of access. Miami International Airport is located downtown, just 17 miles from Hard Rock Stadium. It ranks second among US airports for international passengers and offers more flights to and from Latin America and the Caribbean than any other airport in the country.

Travel around Miami with Mundi

One of the best known luxury travel paradise and one of Florida’s economic centers, Miami attracts VIP visitors from everywhere. So we provide the best in quality, class, and tradition so that you can enjoy our first-class limo service with safety and convenience. Luxury travels are our specialty, and we will take you from wherever you are to any destination you require. Mundi is the best choice of transportation service if you would like to watch the World Cup 2026 in Miami.