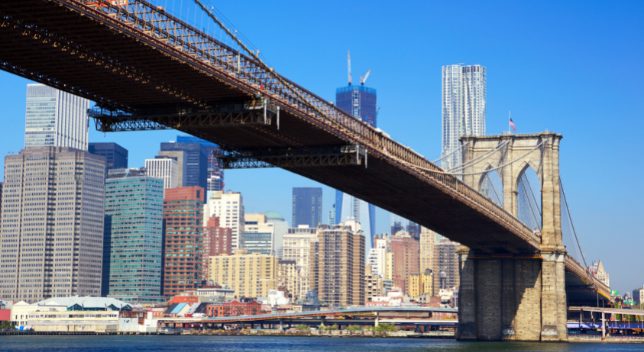 One of the biggest cities in the world, New York inspires fashion, culture, art and is also considered the country’s financial capital, home to the famous Wall Street. If you are looking for tips on where to stay in New York and what to visit, this article is for you.

The city’s fame comes from its versatility. You can find all styles in one place, from simple places to luxurious tours.

There are also many attractions, pleasing art fans who can visit Broadway and watch its famous musicals.

It pleases those who like to shop, since in the Times Square region you can find the most varied stores, including some of the most famous brands in this region.

In addition, the country’s financial center is located in the city, which also attracts the interested eyes of businesspeople.

These points alone show us that New York is fully deserving of its fame, but what else is there to do in the city? Come find out!

Where to stay in New York

In particular, if this is your first time in the city, trying to focus your search between 30th and 59th streets would be even better.

There is the heart of Midtown and you will be right in the middle of it all, being able to visit many things on foot, such as Times Square, MoMA, the Empire State, Broadway theaters.

In addition, most hotels in the city are located in this area of ​​NY: there are many options! On the other hand, there is a lot of movement, noise and everything is very touristy.

If you still want to stay in the most central part of Manhattan, but don’t want all that buzz around Times Square, staying in Midtown East might be your best choice.

Although its location is a top 10, in this little part of New York the excitement is greatly reduced, but you are still very well served by good restaurants, shops and transportation.

Hell’s Kitchen is located very close to Times Square, the heart of Manhattan, but despite that, it’s a more residential area, without that crowd of tourists.

If you are a food lover and don’t know where to stay in New York, Hell’s Kitchen can be perfect, as it is a gastronomic hub in Midtown, especially on 9th Avenue.

This is another place to stay in New York when looking for a varied dining scene.

It is a very charming residential region, which looks more like a movie set.

That’s where the super famous Chelsea Market is located, and one gives access to another point that I really like to visit: the High Line.

Close to the Chelsea region is the Meatpacking District.

The region with more industrial areas was once considered quite dangerous, but after its revitalization, it became a very noble area in New York.

The good thing about staying there is that you are relatively close to Times Square (you can even walk), it has an intense nightlife, and good restaurants too.

If you don’t want to be where everyone is, Lower Manhattan might be a good option.

This is where some of the city’s great neighborhoods are located, such as Soho, Greenwich Village, Tribeca and East Village.

They really have that classic movie look and a more residential appeal, although they’re super cool areas. But let’s see one by one:

Who has never heard of Soho, right?

Here is a great option if you still don’t know where to stay in New York. Especially for those who want to shop, the region is full of designer and stylish stores, has several art galleries, bookstores, cafes, bars and restaurants, as well as being close to the nightlife that takes place in Meatpacking.

The Village, as it is also called, is a region that served as the setting for several films and is very connected to the history of American counterculture.

In there you will find the Washington Square with its Arc de Triomphe, and many of its buildings are low and with those famous bricks. Greenwich Village is pure charm.

Tribeca is very close to the Financial District, which we’ll talk about shortly afterwards. It is considered an upscale neighborhood, with excellent offers on hotels, restaurants, shops, and nightlife.

Those famous – and expensive – lofts that we see in movies are mostly in this region.

Some of the attractions near Tribeca are the September 11th Memorial and the One World Observatory, which is the highest point in New York.

If you want to stay in this region of Lower Manhattan, but without paying the high prices of Soho, Greenwich Village, or Tribeca, staying in the East Village is an option to find cheap accommodation in New York, but with a great location and without losing its charm!

It is a fact that the options are not many, but they do exist!

It is also on the southern tip of the island; this is where Ground Zero and the departure of the boats to the Statue of Liberty are, for example.

Although it has some attractions, it turns out to be a very business place and hotels have a lot of that profile, and may even be more expensive because of that. But it doesn’t hurt to search, right?!

It is an extremely upscale area of ​​the city and very residential, next to Central Park and the Museum Mile, the Fifth Avenue area, which concentrates several museums, including the famous Metropolitan.

Needless to say, the hotels here are great

This area is on the other side of Central Park and also has a very residential but middle-class profile.

Here you can find some good hotels for attractive prices.

So, do you know where to stay in New York? Remember that Mundi’s luxury car service can take you anywhere you need with comfort and sophistication.