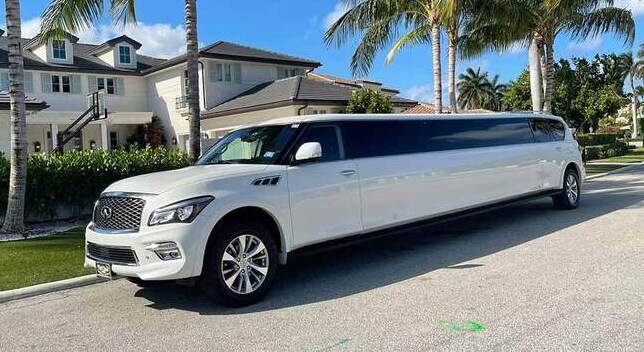 Limos are very interesting. These very long luxury cars have many attributes that certainly call our attention the length, the size, the blacked-out windows, and the general glamour.

However, who created the first sedan with a very long-wheelbase? In addition, what are the reasons for this invention?

Regardless of how long your trip is, or where you are going to, arriving in a limo creates a certain impression about you. Has it always been so?

In this article, we from Mundi Limos will show you part of the history of these longer luxury vehicles, from their starting point, when they were reserved to wealthy and powerful people to the affordable limo rides of nowadays. Let’s meet the history of these wonderful cars that make up the core of our business.

Have you ever wondered about the origins of this name? The etymology of “Limousine” is not totally certain, however, it’s known that it derives from the name of a French province, called Limousin. This former administrative region of southwest-central France has become part of the province of Nouvelle- Aquitaine in 2016.

The concept of a chauffeured vehicle has existed since the 18th century, in one form or another. Back in the 1700s, the wealthiest people started riding the first carriages with a sort of room in the middle, pulled by the finest and most beautiful horses available. Their vehicles were gilded in gold and longer than the normal carriages, for up to 5 people. The driver seat was outside and uncovered.

The Arrival of the engine-powered limo

The first engine powered limos appeared in the beginning of the 1900s. When automobiles arrived, the once private compartment isolated from a coachman or chauffeur exposed to the weather became a car with a partition usually made of glass separating the driver from the passenger room.

The first arrangements to protect drivers were made either of a small roof attached to the car or of a removable folding roof with two openings, one to expose the driver, and the second one with the complete opening, similar to a cabriolet vehicle.

According to Wikipedia, the first ever stretch limousine to be built was a “bus”, made in 1928 by a coach company called The Armbruster Company, in Arkansas. This fancy bus was called “The Big Band Bus”, because it has been used to transport bandleaders and their peers along with all musical instruments to concert spots.

During the 1930s, these vehicles really took off, and their popularity grew a lot, resulting in a lot of different uses for them, such as: Transportation of guests from the hotel to the airport and vice-versa, and on different sightseeing tours, that’s how the term “Airport Stretch Coach” was created.

The movie industry immediately jumped on board, using limousines to transport film crew and stage personnel from one movie set to the other one. As soon as movie actors started using limos also as their private means of transportation, they became a symbol of status, only for very famous and rich people.

The normal model of an engine-powered limousine is a luxury sedan, with extra legroom and occasionally additional seats, with driver seat separated from the passenger section, but no more doors than normal.

Soon after this explosive growth in popularity, the six-door limos were invented. Longer than the normal limo sedans, these cars have a sort of “living room” inside. They are able to accommodate more passengers, and have sometimes seats along the cabin sides. The stretch limo is the favorite model of corporations, hotel chains and airlines, for their VIP clients.

Perhaps, the most famous presidential limousine is John F. Kennedy’s one, for obvious reasons. During the 20th century, presidential cars were normal luxury sedans, manufactured in series, to be bought by anyone who is able to afford such a vehicle.

The first American President to be transported in a special car, a 1901 Stanley Steamer was William McKinley. Later, President Theodore Roosevelt had preference for a traditional carriage pulled by horses, instead of a car. It was the forward-looking President William Howard Taft who really started the presidency’s motor age, converting the White House stables into garages, and purchasing the first ever fleet.

President Kennedy’s Convertible Lincoln Continental was the most sophisticated presidential car ever built in series, with a removable roof in order to make the President visible to the public. After what happened to President Kennedy, not only was his car completely painted black and re- armored with flat-proof tires and bulletproof windows (besides the permanent roof), but no other presidential car was made convertible.

The recent trends of the Limousine market show that, even though these luxury cars still carry rich, famous and important people, there are plenty of people able to afford a limo service. Limousines are designed for a larger number of people now, popularly booked for weddings, parties or any kind of important situation.

We from Mundi Limos are committed to providing a Limo service of higher excellence. Our well-trained chauffeurs are ready to take you on an awesome ride with safety and professionalism. Remember to make the right decision when choosing your limo company.

All our vehicles are well maintained and we strictly follow all Covid-19 measures for your better safety, comfort and wellbeing.