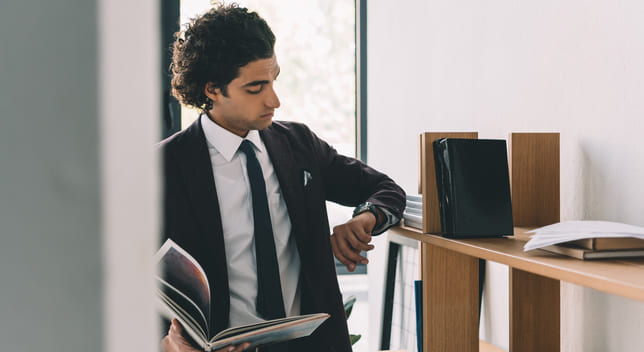 Punctuality is a positive trait not just in employees, but also in organizations in general. No one likes to be kept waiting. Waiting for someone to show up can be frustrating and downright irritating. Any workplace needs to be committed on meeting its deadlines to build a good rapport in general. Punctuality means being on time. As one is punctual and committed on delivering everything timely, it signals respect and care for the team members and makes the team members’ morale go up high, as well as increases productivity.

It seems like common sense to approach the importance of punctuality. However, it is easy to come across organizations and people having problems to handle the schedule. From the moment, anyone lacks delivering the agreed on time, it gets very disruptive, since the team has to adjust the working routine to cover for such delays. Consequently, things go out of control, and delays productivity.

The pitfalls of being late

Being late on delivering what is expected matters; in fact, it matters a lot. It causes tension, resentment and disappointment risen day by day within the team for the feeling of lack of respect. All the other members of the team are disgruntled, as they frequently have to cover a late co-worker’s duty.

A huge number of people and companies have serious problems being punctual, surveys show that an average of 15 to 20% of the US population is consistently late for their appointments. There are several pitfalls of the lack of punctuality. Here are some negative aspects that go along with the practice of being late.

Regardless the reasons that foster the habit of being late there are plenty of things can be done to help on improving punctuality.

The habit of being on time is very rewarding. The life of George Washington, an American political leader, and first president of the United States, was ruled by a scrupulous regard for punctuality. By telling someone you will be somewhere, deliver something under certain terms and conditions means you have made a promise, which should not be broken.

There is a great deal of benefits on fulfilling the promises once held. It is very rewarding and productive to all the involved ones. Some of these advantages are:

Briefly, being punctual is very professional and signals a strong image, not only personal but also corporative. In today’s globalized competitive world, it is a fair bet that punctuality matters. Any business that does not consistently meets its deadlines quickly falls out of favor with customers. No matter the role of people and companies, committing to punctuality helps to underpin a strong image before customers what is an essential part of the path for success. At Mundi, we are thoroughly aware of the importance of being punctual and delivering our service sharply on time to exceed our customers’ expectations. Our skillful team of experts are highly trained and ready to provide a smooth and safe experience in luxury transportation service.