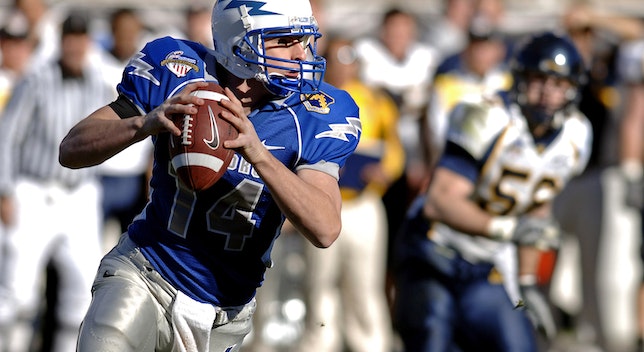 The 2023 Super Bowl is sure to be an exciting event with plenty of highs and lows. From pregame festivities to halftime performances as well as spirited fanbases, there will be no shortage of things to talk about when the two top teams clash for the NFL Championship. In case you are a fan of the Super Bowl you must read on to explore what lies ahead for the upcoming 2023 Super Bowl and why this could go down as one of the greatest games ever.

The Super Bowl is the biggest and most important American football game of the year. It is the annual championship game of the National Football League (NFL). The final game is usually played on the first Sunday in February, and the match is broadcasted on television all over the world.

The 2023 Super Bowl Finals will feature the champions of each conference for the season. The two champions of the America (AFC) and National (NFC) Conferences of the NFL will play in the LVII edition of the 2023 Super Bowl, the final of the American football championship in the season. The big event will take place on Sunday, February 12, 2023, at State Farm Stadium in Glendale, Arizona.

Super Bowl Sunday is a national holiday in the United States. People often host Super Bowl parties and eat lots of food. The most popular food to eat during the Super Bowl is chicken wings, pizza, and chips and dip. Many people also drink beer during the game. The halftime show is one of the most anticipated parts of the Super Bowl. This year, Rihanna will perform during halftime.

The Phoenix metropolitan area will be hosting the Super Bowl for the fourth time. The last time it held the event was in 2015 at State Farm Stadium, known as The University of Phoenix Stadium. Arizona is a great place to experience all that the Super Bowl has to offer. There are many activities and attractions for fans to enjoy leading up to the big game.

There are plenty of opportunities for football fans to enjoy the Super Bowl event to the fullest. The NFL Experience is for sure a must-see attraction, where fans can immerse themselves in all things football. There are also several tailgating parties and pep rallies that take place in the days leading up to the Super Bowl.

Those who are not particularly interested in football can still enjoy all that Arizona has to offer. There are many hiking and sightseeing opportunities around the state. The Grand Canyon is just a few hours away from Phoenix. It`s definitely worth a visit.

No matter what your interests are, there is something for everyone at Super Bowl LVII in Arizona.

Accommodations while at The Super Bowl LVII

Whether you’re a football fan and are coming for the sports event or coming to enjoy the area it’s paramount to think about where to stay during The Super Bowl. The  Phoenix-area hotels are already scarcely available for the big playoffs. So, anyone who hasn’t booked a room yet will have to stay a bit further from the State Farm Stadium in Glendale, Arizona.

However, if you’re planning to come for the playoffs there are some hotels with vacancies available. Check it out:

Discover what it means to be on location at Super Bowl and explore Glendale from a luxurious limousine – Visit our website www.mundilimos.com/super-bowl-car-service-2023/

In the AFC Conference, five teams are already confirmed in the playoffs, while in the NFC, there are four squads with their passports stamped. Except for the conference leader, they will play the Wild Card, then the semi-final, and, in the end, the final on each side. The two Conference Finals champions will play in the Super Bowl.

Check out the teams that are already guaranteed in the NFL playoffs:

If you’re attending this year’s Super Bowl, it’s about time to start planning! Super Bowl is known for the most iconic moments in football and music. The biggest game, crowd, and concert! Whether you’re planning to travel for The Super Bowl, or only to enjoy the area,  nothing better than a luxury limousine.

Mundi Limos is already planning to serve fans from various parts of the world in 2023! With a modern, luxurious, and well-equipped fleet to take fans to stadiums. For more information and reservations, call +1 (800) 317-7087 or email info@mundilimos.com. Visit our website: www.mundilimos.com.