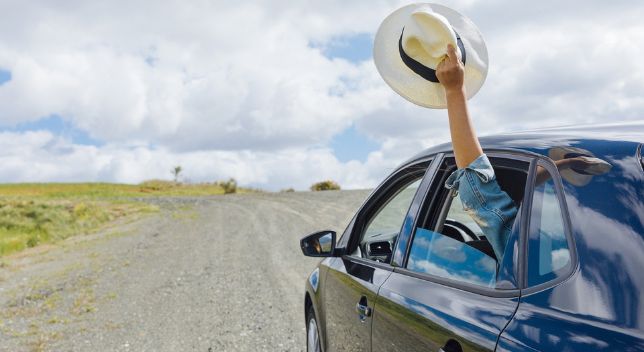 Many destinations to visit in the US

The United States is so big and has so many places to see that even though you travel a lot you still wouldn’t visit everything there is to see here. And a car trip is the best way to see more than one place in the same trip. We’re not talking about crossing the country from one side to the other, but exploring a region – although a trip from coast to coast should be really cool too.

1. Trip from New York to Chicago

You can leave New York and follow Philadelphia, then Hershey (the chocolate one) and Gettysburg (where one of the most important battles of the American Civil War was fought). Another big city, Pittsburg, and an amusement park in Sandusky, OH, with some of the biggest roller coasters in the US, Cedar Point.

Then Detroit and Ann Arbor, a small town with big city life (one of the best delis in the US is there). From there, Chicago awaits to surprise you.

Start in Boston (Massachussets), a big city with a small-town feeling. Then head to Providence (Rhode Island) and New Haven (Connecticut), with many stops along the way. From New Haven you can make your way to Vermont, once again passing through tiny but charming towns.

In Vermont discover Stowe, Burlington and the capital of just 7,000 people, Montpelier. Then take the Kancamagus Highway (New Hampshire) – one of the most scenic in the US, especially in autumn, and head to Bar Harbor (Maine).

Explore Acadia National Park and feast on lobsters in Portland (Maine). On the way back to Boston, stop in Portsmouth (New Hampshire) for some shopping and pass by Salem (Massachussets) made famous by the witch hunt.

When considering taking a road trip in the US, you can’t help but consider that road trip through California. It can be from Los Angeles to San Francisco, along the coast, from San Francisco to San Diego or even taking a short drive to Las Vegas, taking a circular route that passes through the parks of Yosemite and Death Valley.

The most perfect script would be starting in San Francisco and following Monterey and the charming Carmel. Along the more than scenic Highway 1 (which borders the Pacific) head to San Luiz Obispo, entering the continent to discover the Santa Ynez and Solvang (Danish colonized) wineries.

Dedicate at least one day to Santa Barbara (the American Riviera) and then Ventura, Malibu, spending a few days in Los Angeles. This trip is already wonderful, but if time permits, you can still place bets in Las Vegas (if you’re not interested in playing, it’s still worth knowing). You can return to San Francisco via Death Valley and Highway 395, taking a left at Lee Vining to see Yosemite Park (in winter the return is longer as the road between Lee Vining and Yosemite Valley is closed due to snow season).

This US road trip is great for anyone looking to put a historic place (or two) in the Miami-Orlando duo. Savannah (Georgia) is about 4 hours from Orlando, and Charleston (South Carolina) is just two hours from Savannah. Both have a lot of history and personality.

Start in Miami (passing through Fort Lauderdale) and go to Vero Beach (there is an outlet with better prices there than in Miami or Orlando). Then head to Saint Augustine (where you can see the Fountain of Youth) and head to Savannah, if you want to go to Charleston. On the way back, stop in Orlando to visit Disney, Universal and Sea World parks and finish in Miami with a few days at the beach to rest.

Start in Dallas and Fort Worth and, evading freeways, head to Grandbury and Hico (to see what Texas was like many years ago) and then to Waco.

In Austin, apart from enjoying the nightlife, take a food tour on your own, preferably. In addition to being the political capital of Texas, Austin appears to be the state’s foodie capital as well.

In Lockhart, try one of the oldest barbecues and in Gruene, a bar from the 1800s. In San Antonio you will find a lot of history (in the Alamo and in the Spanish missions) and in Houston, space exploration, in the Space Center.

The American Southwest is excellent for those who want to take a road trip around the country, as it combines great roads, incredible landscapes and parks with a structure that let’s no one down.

Start in Las Vegas and, after a few days, leave the man-made oasis behind for contact with nature. And you can already get at Red Rock Canyon (which is in Las Vegas). Then the Valley of Fire, still in Nevada, will set the tone for the rest of the trip: unforgettable landscapes.

In Utah, spend at least a full day hiking the trails in Zion National Park (and if possible a few more, to do all of them). Then follow Page in Arizona to see Horseshoe Bend and Antelope Canyon.

Sleep with Monument Valley from your hotel window and travel extensively through diverse landscapes to get from Gooseneck State Park to Petrified Forest National Park. Visit Meteor Crater (the best preserved asteroid impact crater on Earth) and Sedona with its energy points. Don’t forget about Jerome (which has almost been abandoned) and Flagstaff, which is practically the gateway to the Grand Canyon.

After the Grand Canyon, when nothing else seems to impress, Route 66 and Hoover Dam don’t disappoint.

Travel around the country with Mundi

Mundi provides premium car services for long-distance trips from Miami and other cities around the country. You will be driven in a luxury vehicle with a professional licensed chauffeur and complete safety. Learn more about the available destinations.