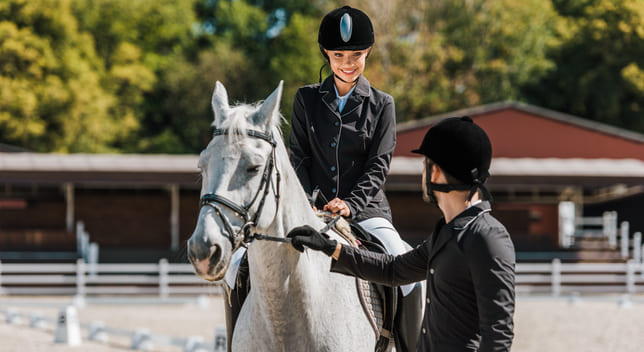 Equestrianism is a hobby and a real passion for many all over the world. People are taking lessons on horseback riding sports due to its growing popularity. It is important to highlight that it was the sport of kings and nobles as well as it is the favorite outdoor activity of many people nowadays.

Equestrianism” stems from the Latin word, “Equus”, which means horse.  A brief look at history reveals it as the oldest existing sport.   It was initially practiced by militaries. In battles, the ability to move quickly everywhere, jumping, bursting into a gallop, and quickly changing direction in harmony with the horses was a remarkable ability at the cavalry detachment.

The first equestrian sporting event dates back to 682 BC.  At the 25th Olympiad in Greece, the sport was a four-horse chariot race. Then, moving to the knights of the round table of the 12th century, equestrianism focused mainly on Jousting events at local fairs. In 1868, it quickly got very popular throughout the world. In 1912, it became part of the Olympic Games with the horse show jumping, dressage, eventing, line-up, and the rest is history.

Equestrianism and its popularity

There are many different reasons  for the Horseback riding sports became popular all over the world..  First, it is perfect for those who want to be active, since it makes riders feel more cheerful, relaxed, and happy. In addition to improving physical health and giving plenty of energy for the athlete, contact with the animal raises the levels of the mood-enhancing hormone serotonin, which is good for the body and brain.

Second, it is the only sport where men and women athletes play together. Third, it is a sport with the best age diversity. No other sport, not even golf, which is notorious regard that, boasts such a great diversity of ages. Last, but not least, its pomp grounded on the fashionable garments of its athletes beautifully dressed make it the ideal sport for those who can afford to take part in competitions, show jumping which offers millions of dollars of prize money and international glory.

The next edition of the World Equestrian Games will take place in Samorin (Slovakia) in 2022. However, there are several different places in the United States for those interested in getting in touch with the sport at any time of the year.

Equestrian sports from East to West

First, The United States has done a great effort to make equestrian sport accessible to everybody, from a large variety of backgrounds. The horseback riding sport is present from summer camps, therapeutic riding clinics, to thousands of renowned competitions in show jumping, eventing, dressage, driving, endurance, polo, vaulting, fox hunting, and racing. The United States has been supportive of equestrian sports.

Therefore, to anyone coming to the United States, interested in enjoying the pleasure of horse riding there are several different destinations all over the country prepared to offer the best horse riding sport.  There is a list of top cities in the U.S. From the rolling hills of Kentucky to the bustling Winter Equestrian Festival in Wellington, FL.  Whether one desires to participate in competitions at top equestrian venues or simply to ride long trails, certainly this horse-friendly town is the perfect setting for tourism. The rich grasses grow strong healthy horses all over the country making it the horse capital of the world, unlike anywhere else in the world.

Thus, remember once you come to the United States for a visit let Mundi amazes you with its luxury transportation service. We can luxuriously drive you all around for practicing Equestrianism.