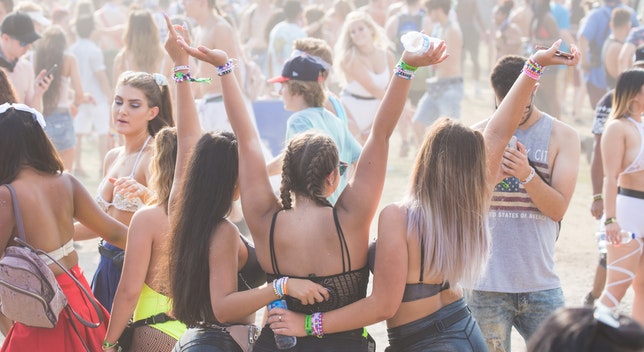 The Coachella Valley Festival is an annual music and arts festival, which takes place at the Empire Polo Club in Indio, California. Every year since 1999 thousands of music and art fans have been taking part in the festival. Fans of music and art cannot miss it for the world. If you’re keen on attending it sit back, relax and keep on reading it.

The Coachella Valley Music and Arts Festival was officially announced on July 28, 1999. Its founders, Paul Tollett and Rick Van Santen, with their company Goldenvoice, hold the first annual concert. The great success of the festival gave the founders confidence to add some other kinds of music over the years.

Coachella’s roots trace back to 1993 when Pearl Jam performed a concert for almost 25K fans. The venue was selected because the band had refused to play in Los Angeles, where Ticketmaster controlled the events venues.  Thus, from the very beginning, the founders wanted to hold it away from urban areas.  The Empire Polo Club in Indio, California, seemed to be the right venue for the festival. Then, Goldenvoice prepared the place for holding large-scale events.

For the past 22 years, millions of music lovers and trend-setters have flocked heading to the great Coachella Valley Festival. It’s been one of the most renowned and expected events in the world. The Empire Polo Club in Indio holds the festival. In fact, it unfolds over two weeks in a row and brings a large range of artists, and styles with rock standing out, indie, and pop.

It’s a perfect festival for attendees who are keen on exploring all the Great Palm Springs has to offer, from sightseeing and shopping to hiking.  Therefore, if you’re the kind of person who likes arts a good option which you will fit in is the self-guided walking tour through the Coachella walls. It’s home to several different and inspiring artworks.

How to get to Coachella

Those heading to California attempting to reach the Desert of Colorado, take a peek at this quick list you should come up with while planning this unforgettable experience.  If you’re flying for the festival, there are a couple of options: you can either fly into any of the LA’s airports or get a connecting flight into the Palm Springs airport, which is relatively closer to Coachella.

Therefore, from any of these airports, you have an entire fleet of limousines for taking you out to the desert. Booking a luxury limousine gives you a lot of flexibility, comfort, and security. All you’ve got to do is book your luxury transportation service in advance, picking up among one of the vehicles choices. It may be the opportunity to get to the Coachella Music and Art Festival on a premium class means of transportation.

Mundi Limos is a renowned transportation service company. Our skillful, courteous chauffeurs, many of whom can speak English, are ready to deliver you safely to your destinations promptly using the most efficient routes. Therefore, don’t hesitate in getting in touch and asking for a quote. Our reservation is ready to serve you daily 24/7.