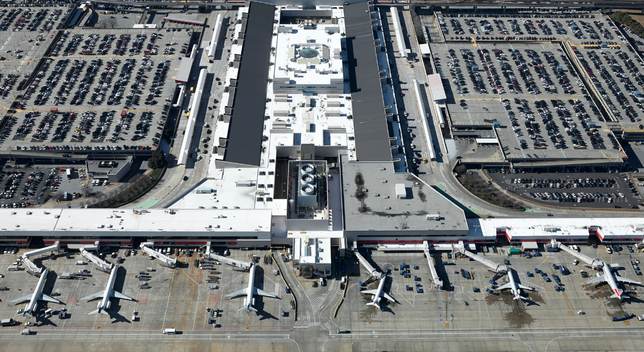 Have you ever thought which are the busiest airports in the US? According to the list released by the Airport Council International (ACI World), from the top 10 airports worldwide, eight are located in America.

In 2021, around 4.5 billion passengers traveled by plane worldwide, representing an increase of almost 25% compared to 2020.

To give you an idea of ​​the importance of these terminals, passenger traffic in the 10 busiest airports in the world represents almost 10% of the global total (463 million passengers).

Check the ranking below:

Atlanta has been leading the list since 1998, only losing the highest rank to Guangzhou airport in 2020 due to the pandemic.

Opened in 1980, the airport is the main hub for Delta Air Lines. For experts, its location is the main factor for its high occupancy. The airport is located within 2 hours of flight time from 80% of the American population. There are 244 destinations served from Atlanta.

Each year Dallas Forth Worth airport has been climbing step by step in the ranking of the busiest in the world. In 2019, it had only the 10th position and now it reaches the second place with 62,465,756 passengers carried. DFW is one of American Airlines’ main hubs and has flights to around 270 destinations in 44 countries.

Between 1963 and 1998, Chicago’s O’Hare airport was the busiest in the world before being dethroned by Atlanta. Hub of American Airlines and United, 54,020,399 passed through the terminal in 2021. O’Hare was founded in 1944 as an air base and warplane factory.

Having been one of the busiest airports in the US and the world, Los Angeles airport dropped to 15th position in 2019 and now appears in 5th place. Los Angeles is the main gateway to the west coast and an important hub for connections to Asia and Oceania. According to ACI World, in 2021, just over 48 million passengers were registered.

Did you enjoy the article? Remember that Mundi is the top airport limo service provider. Contact us!