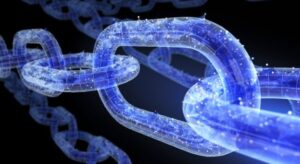 A study points out that, with the popularization of cryptocurrencies, the number of frauds and fake contracts is growing up lately. In general, all blockchain-based financial products face challenges, warned a report by the Government Accountability Office released recently. The risks affect the users and the financial system due to the current lack of consumer protection and the ability to use technology to facilitate illegal activities.

Speaking about the risks in consumer protection, the report pointed out that federal deposit insurance may not cover losses on cryptocurrency balances, and consumers may not be aware of the associated risks if exchanges close.
Furthermore, the study says that funds can be stolen through fraudulent token sales using fake business plans, which criminals use to defraud consumers out of billions of dollars.

The stability of the financial system could be put at risk, the study noted, citing the International Organization of the Securities and Exchange Commission (IOSCO) identification of potential risks to the market integrity of cryptocurrency trading platforms as one of its top priorities.
IOSCO also says that risks occur when a trading platform gives preferential treatment to some users and offers advice to clients related to an asset in which the trading platform may have an interest.

Other groups have also warned that cryptocurrencies could pose dangers to financial stability as they become a more significant part of financial markets. Looking for opportunities for improvement, the study said the clarity of US oversight could help prevent US-based blockchain companies from moving to other countries, referring to regulatory sandboxes as a possibility.

In addition, the study pointed out that coordination between regulators could promote safety and soundness, and consumer protection, and help combat illicit activities in blockchain-related commerce.

Recently, the theft of R$ 3 billion warns investors of security in NFT games, which is an example of the high risk of this market. A hacker attack stole BRL 2.9 billion from a project associated with the game and raised discussions about the level of protection of blockchain systems.

More than BRL 2.9 billion, was the value stolen from the Ronin blockchain systems, in what is already one of the biggest attacks on registered digital assets. Ronin is an important part of the game Axie Infinity, which uses NFTs. The criminals stole around 173,600 ether tokens and 25.5 million USD Coin tokens. Ronin said in a statement that stolen private keys, i.e. the passwords needed to access cryptocurrency resources, were used.

The case raises new discussions about the security level of so-called crypto games, as well as related blockchain networks. This means that when it comes to Blockchain, there is a significant volume of validators and, with that, a safety net. In the case of Axie Infinity and this particular theft, there were only nine validators and most were centralized, being affiliated with Sky Mabis. With that, four were corrupted and the fifth released this flaw, according to experts.

Hackers took place on Ronin, SkyMavis’ own blockchain, built on the Ethereum blockchain. This infrastructure was created to make it possible to lower the fees that players and investors pay when participating in the Axie Infinity ecosystem. The blockchain, in this case, works as a book of record and validation of transactions within the game. The thing is, to ensure network security, blockchains use different models.

In short, what happened was a consequence of Sky Mavis’ decision for the initial centralization of the project. Also, according to experts, the number of validators in Blockchain dynamics is essential to raise the level of security. You can’t have a few validators with the Axie Infinty project, having a hole of over half a billion dollars. It’s too much. Decentralizing is the solution, putting the validators onto the network, realizing a governance system, and getting the game token to work.

Regarding the personal safety of players, in cases of platforms such as Axie Infinity, you must be careful with your keywords. We must remember that Blockchain technology is not a bank that has the support to call and return the money. Some examples are keeping the keywords and not sharing with anyone, being careful with security devices that are physical media, being careful in the projects, as many activate smart contracts for malicious people to withdraw money.

Businessmen need to be aware of many issues, but Mundi Limos offers solutions for one of them: corporate travel!

And if you need a car service for your corporate trips, Mundi specializes in the segment.