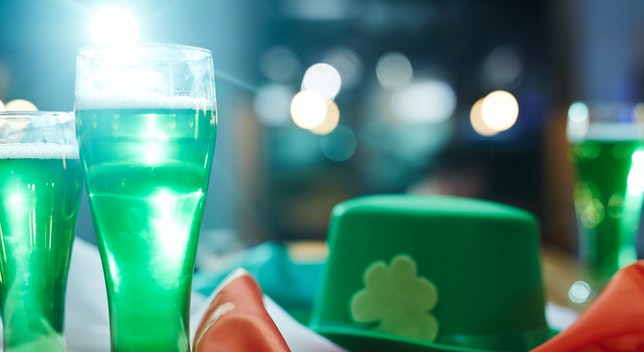 Ireland isn’t the only destination that gets green in March. Whether you’re keen on celebrating it elsewhere, pack your bags, and your leprechaun attires for coming to the destinations below. On March 17, a lot of people around the globe will be celebrating St. Patrick’s day by parading in green hats, sporting images of shamrocks, and tiny, grinning, fairy men.

Here we will take you back in time to early medieval time in Ireland attempting to learn a bit about the origins of the green holiday.  As well as bringing to you some awesome places, where to go for having fun at St. Patrick’s feasts. Therefore, sit comfortably and enjoy the reading.

The historic icon of the Saint refers to the legendary Patrick’s miracles. It’s said that he prayed for banishing snakes from Ireland. However, as the Irish medieval history reports the real St. Patrick, who lived in the fifth century never saw a snake, or even, wore a shamrock. In fact, he was not even Irish.

The early medieval history of Ireland, often known as the early Christian age spans the time from the 5th to 8th century. Christianity and Latin literacy had their genesis right after a pagan past of Antiquity, missionaries. St. Patrick’s is one of the most famous of them, who converted several Irish tribes to Christianity.

As we hear, the name of Saint Patrick, Ireland comes to our mind, and the green likewise. Although people think he was Irish, he was British instead. His Birth name was  Maewyn Succat. The story tells that he lived until the age of 16 in the country, with pagan beliefs and customs. In fact, his name was not even Patricio originally. The fact that changed his name was that he was kidnapped by pirates and sold into slavery in Ireland.

The patron lived in captivity in Ireland for 6 years, when he began to approach the Catholic religion. However, Patrick managed to escape from prison and return to England, where he studied for 12 years in a monastery and ended up becoming a Catholic bishop in 432. That’s when he gained the name, Patrick.  He felt a divine call to return to Ireland to rid the country of Celtic paganism.  As he returned to the country, he was imprisoned to evangelize the people in Catholic doctrine. There he was a missionary for 30 years and moved to County Down, where he died on March 17, 461.

the celebration of the holiday started in America in the early seventeen century. The first St. Patrick’s event happened in Boston in 1737. Since then, all over the country, the cities get green following the color of the holiday. For over 50 years, the Windy City has celebrated it with a truly unique parade. Large crowds gather for the feast in the USA.

Conversely, New York City follows the green trend. The traditional holiday is made of a huge parade, with people from several different parts of the globe, all in green.  This year, the parade in the Big Apple starts at 11 a.m. on Saturday, March 16, and can be viewed along Fifth Avenue between 44th Street and 79th Street.

No driving on St. Patrick’s day!

St. Patrick’s day may be an ideal opportunity to enjoy the freedom of not driving and having a bit of fun with friends and family. However, it’s important to ensure a seamless and comfortable transportation service.  Mundi Limos is the right choice for the event. Choose from the vehicle that best fits your needs from our chauffered luxury transportation service and enjoy it to the fullest.