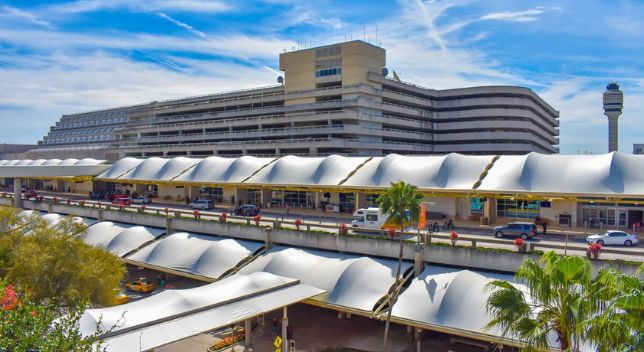 Traveling is an experience that provides great moments. But the lack of comfort and safety are two points that make travelers on alert. The largest airports in the world work to ensure quality in these aspects.

To bring about such grandeur, these airports combine high quality engineering with human traffic and transportation planning. These are places that receive a large flow of people daily.

Read on to discover the curiosities of these great works from around the world.

Discover the 10 largest airports in the world

The main airports in the world are places of connection between continents, serving as stopovers for international flights.

However, the largest airport in territorial extension will not always be the busiest. In fact, two of the three busiest airports in the world are far from a great infrastructure, as we will see.

One of the fastest growing regions in the world, in terms of investment in infrastructure, the city of Dubai has one of the most visited airports in the world.

It is approximately 50,000 square feet in length. Around 88 million passengers pass through it annually. Therefore, it is the third busiest airport in the world.

Preparing to host the 2022 World Cup games, Qatar invested in infrastructure works and improvements in the entire transportation and locomotion structure.

No wonder Hamad International Airport in Doha was elected the best airport in the world in 2021 by the World Airport Awards.

The airport is not the biggest in size, but it handles over 23 million passengers annually.

This airport has a total area of ​​about 300,000 square feet. It is one of the busiest in Asia, as it is a major hub for the redistribution of flights and traffic.

Opened in 2016, the airport receives more than 60 million passengers and 95 airlines. It is 18 miles from the center of Bangkok, Thailand.

In Africa is Cairo International Airport. Opened in 1945, the space has about 600 thousand square feet.

It is an important hub for connecting the continents, as it receives flights from the African continent, the Middle East, Europe, Asia and North America.

The airport is located approximately 13 miles in the northeast region of Cairo.

China is an economic power and an Asian hub, so it is natural that it has one of the largest airports in the world in its territory.

Shanghai Pudong International Airport is the second largest in China, with just over 419,000 square feet. It is also one of the most important in Asia, receiving around 70 million passengers annually.

It is second only to Beijing airport in terms of size – as we will see below – and flow of people.

The total area, considering the flight paths, is almost 500 thousand square feet, being one of the largest in the country.

Washington Dulles International Airport is 26 miles west of the District of Columbia. It is 9,000 feet longer than George Bush Airport.

There are non-stop flights to 125 national and international destinations, hosting 36 airlines.

Continuing in the US, Orlando International Airport, in Florida, draws attention with an area of ​​just over 570,000 square feet.

This is one of the busiest airports, mainly because of tourism. After all, Orlando is home to the Walt Disney World Resort, one of the main tourist attractions in the world.

The airport is located approximately 13 miles from Downtown Orlando, 12 miles from International Drive and 18 miles from Walt Disney World.

In Dallas, the second largest airport in the country is located. Opened in 1974, it is located 18 miles northwest of Dallas and 24 miles northeast of Texas.

It is considered one of the busiest air terminals in the world.

In Dever is the largest airport in the United States, considering territorial issues. The capital of Colorado has a hueg structure, with the longest runway in the entire country.

Another curiosity for those looking for safety and comfort: for six years in a row it was considered the best airport in America.

And if you are looking for the best airport transfer, book with Mundi.