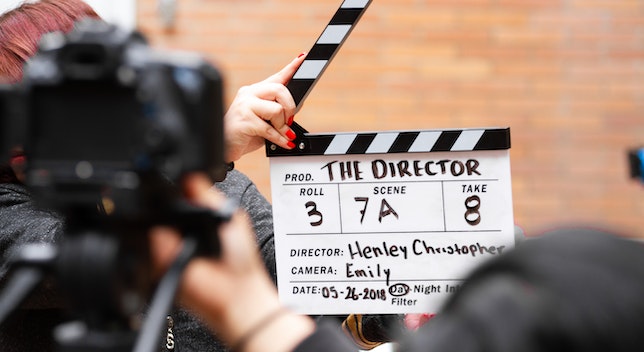 Here comes the Inffinito Brazilian Film festival of Miami, and fans worldwide are with their eyes on that.  The 26th Brazilian Film Festival in Miami will be showcasing films from Brazil at various locations around Miami. This year’s festival will feature a diverse lineup of films, including documentaries, shorts, and features. There will also be special events, such as post-screening Q&As with directors, panels, and workshops.  In case you’re interested in attending this festival, this article will provide you with some good pieces of information about it.  So, lean back and enjoy the reading.

Miami is the home of many Brazilians. However, Americans, Brazilians, and several other nationalities get together to attend the Brazilian cinema releases from September 14 to 21, 2022, at the 23rd Brazilian Film Festival, in Miami Beach.

The festival showcases the best in new Brazilian film, with a focus on independent and emerging filmmakers. The festival takes place over the course of four days, with screenings taking place at various locations around Miami. There is also a red carpet event, where attendees can dress up and take photos with some of the filmmakers.

The Brazilian Film Festival in Miami is a good chance to see some of the best Brazilian cinema. There are several different genres of Brazilian cinema, so there is sure to be something for everyone at the festival. There are comedies, dramas, thrillers, and more. The films come from all over Brazil, so you can get a taste of the country’s diverse culture.

The screening of the films takes place in several theaters in the city of Miami. Check the schedule:

The Festival will award with the Crystal Lens seven different categories for feature films, and six Brazilian features were selected for the Competitive Show: Veneza, by Miguel Falabella; Boca de Ouro, by Daniel Filho; Simonal, by Leonardo Domingues; All the Love Songs, by Joana Mariani; Deslembro, by Flávia Castro; and Pernas Pro Ar 3, by Julia Rezende.

Where to stay in Miami for the MBFF

If you’re planning on attending the 26th Brazilian Film Festival in Miami, you may be wondering where to stay. Here are some good recommendations:

If you want to be in the heart of the action, stay at one of the hotels near the festival venue, the Tower Theater in Miami’s Little Havana neighborhood. The Tower Theater is just a few blocks from Calle Ocho, the main street in Little Havana. There are several hotels in the area, including the Hotel Riviera (https://www.hotelrivieramiami.com/), which is right across the street from the Tower Theater.

In case you’re looking for a more budget-friendly option, consider staying in Downtown Miami. There are several hotels in Downtown Miami that are within walking distance of the Tower Theater, including the Embassy Suites by Hilton Miami International Airport (https://embassysuites3.hilton.com/en/hotels/florida/embassy-suites-by-hilton-miami-international-airport-MIAMIEMB/index.html).

Whatever you decide, there are plenty of great places to stay near

How to get to the festival

The 3rd Brazilian Film Festival in Miami will take place at the Regal South Beach Stadium 18 & IMAX theater. The address of the theater is 1120 Lincoln Rd, Miami Beach, FL 33139.

For the third Brazilian Film Festival in Miami, luxury transportation service will be available to all attendees. This service will provide a safe and comfortable way to get to and from the festival. It will also help to avoid traffic and parking problems.

The luxury transportation service will be available for an additional fee. However, it is worth it for the convenience and comfort that it provides. Attendees of the festival can rest assured that they will be able to get to and from the event safely and without any hassle.

Do you like movies? So, come and watch Brazilian films. With us, you will have comfortable and unparalleled transport service. To request a quote, call +1 (800) 317-7087 or email info@mundilimos.com. Our reservations team is waiting for you anytime! Visit our website: www.mundilimos.com.